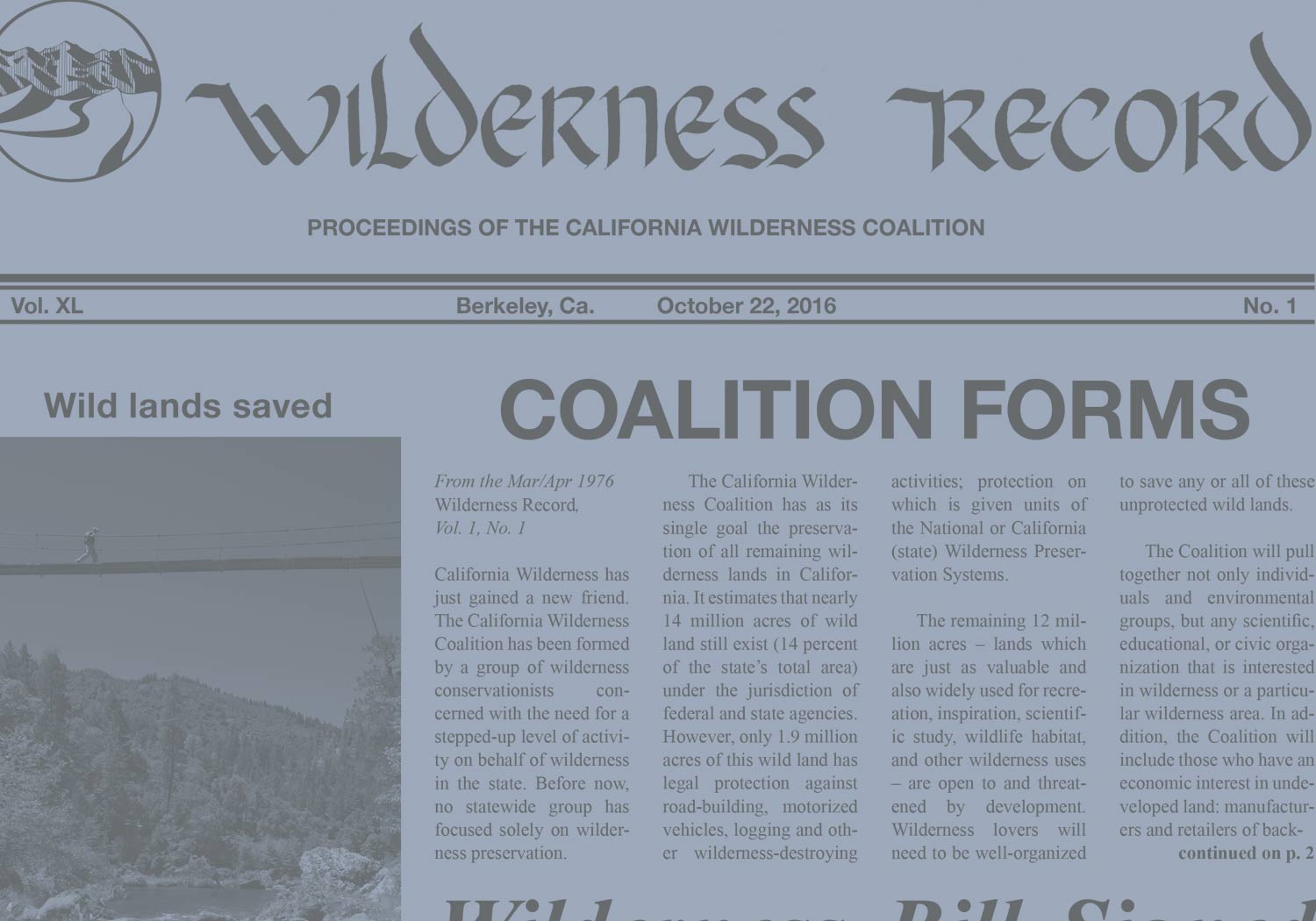 While I was at The Next Generation (TNG), I worked with fellow TNG staff on several projects for the California Wilderness Coalition (CalWild), most notably their 40th Anniversary campaign.

The element of that project I enjoyed the most was designing, editing, and producing a retro-styled issue of their print newsletter, the Wilderness Record. Event attendees loved the newsletter. People involved in the founding of the organization commented that they hadn’t seen a newsletter like that in many years and that it vividly brought them back to those days.

In order to produce this newsletter in a way that would truly create that reaction, I knew we had to go all the way and find a vendor who would print it on a web press on newsprint in the timeframe we needed. Gary Reid at Dakota Press, who I have worked with for years, has been a print broker in the past; since he didn’t have a web press at the time, he pointed me to Delta Web Printing in West Sacramento, who delivered the perfect newsletter extremely quickly for a terrific price.

I began the process by designing a 40th Anniversary version of their logo, staying as true to the existing logo as possible while adding the “40” element in a typeface that evokes the time during which the organization was founded.

I had to refine the gradients and illustration elements somewhat in both versions as I worked on these logos; they had originally been live traced from decades-old hand drawings. I adjusted the placement of the organic shapes within the “40” mark for better visual flow.