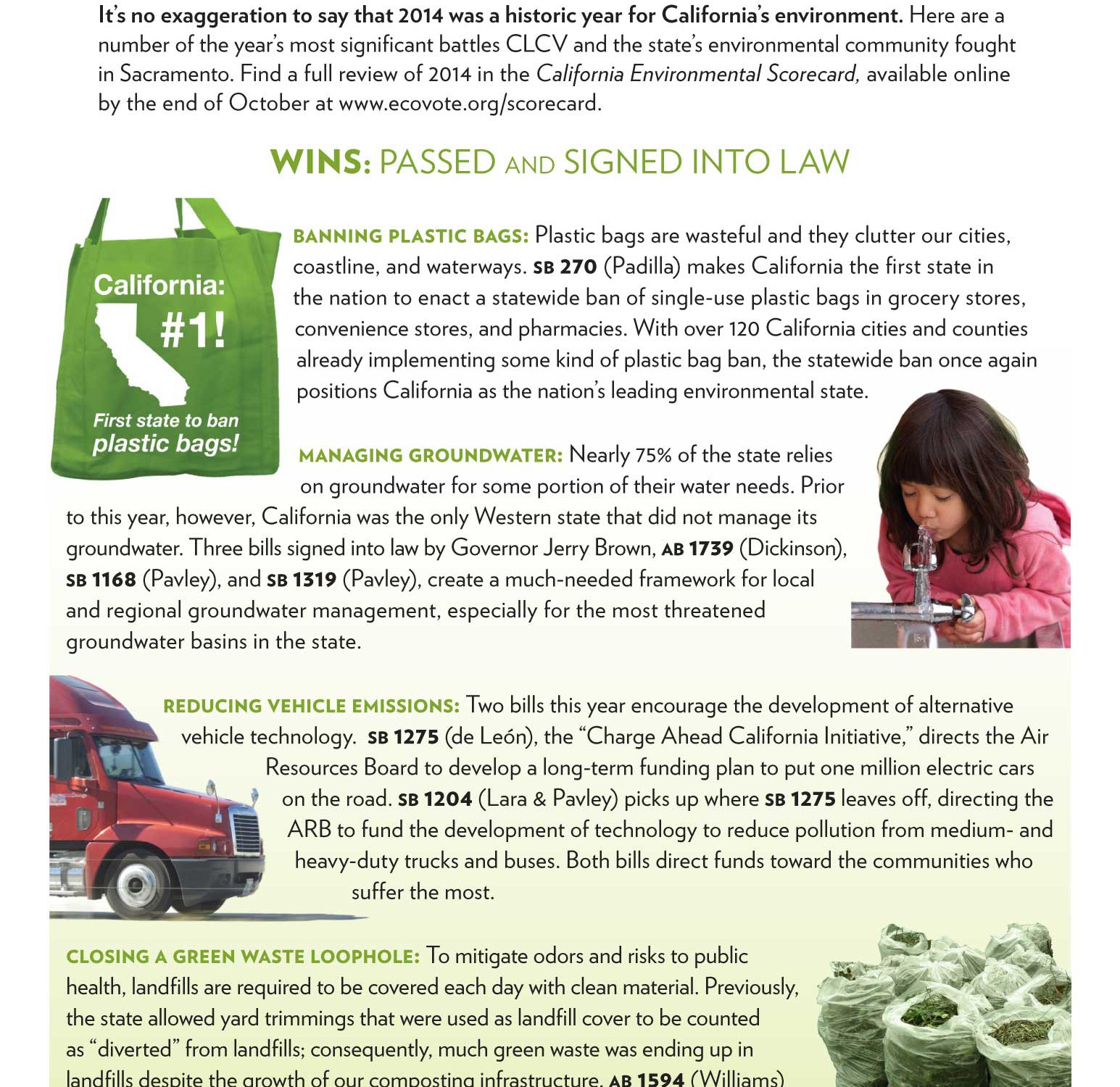 Prior to October 2015, in-house phone canvassers raised the majority of CLCV’s revenue for many years. One part of my job was to support the canvass with a range of persuasive materials for mailing to CLCV’s donors.

Callers clamored for the annual Legislative Results 1-pager after the governor’s signing deadline. I wrote and laid it out annually as soon as it was possible. Here’s an image of the 2014 version followed by links to PDFs of a variety of versions: The 2007 version (and subsequent versions through 2012) include design elements by Nick McGinnis (whom I supervised at CLCV as a design intern in 2007 and as a freelancer in 2008).

[For more writing samples, visit my writing-focused site at http://jasongohlke.com.]