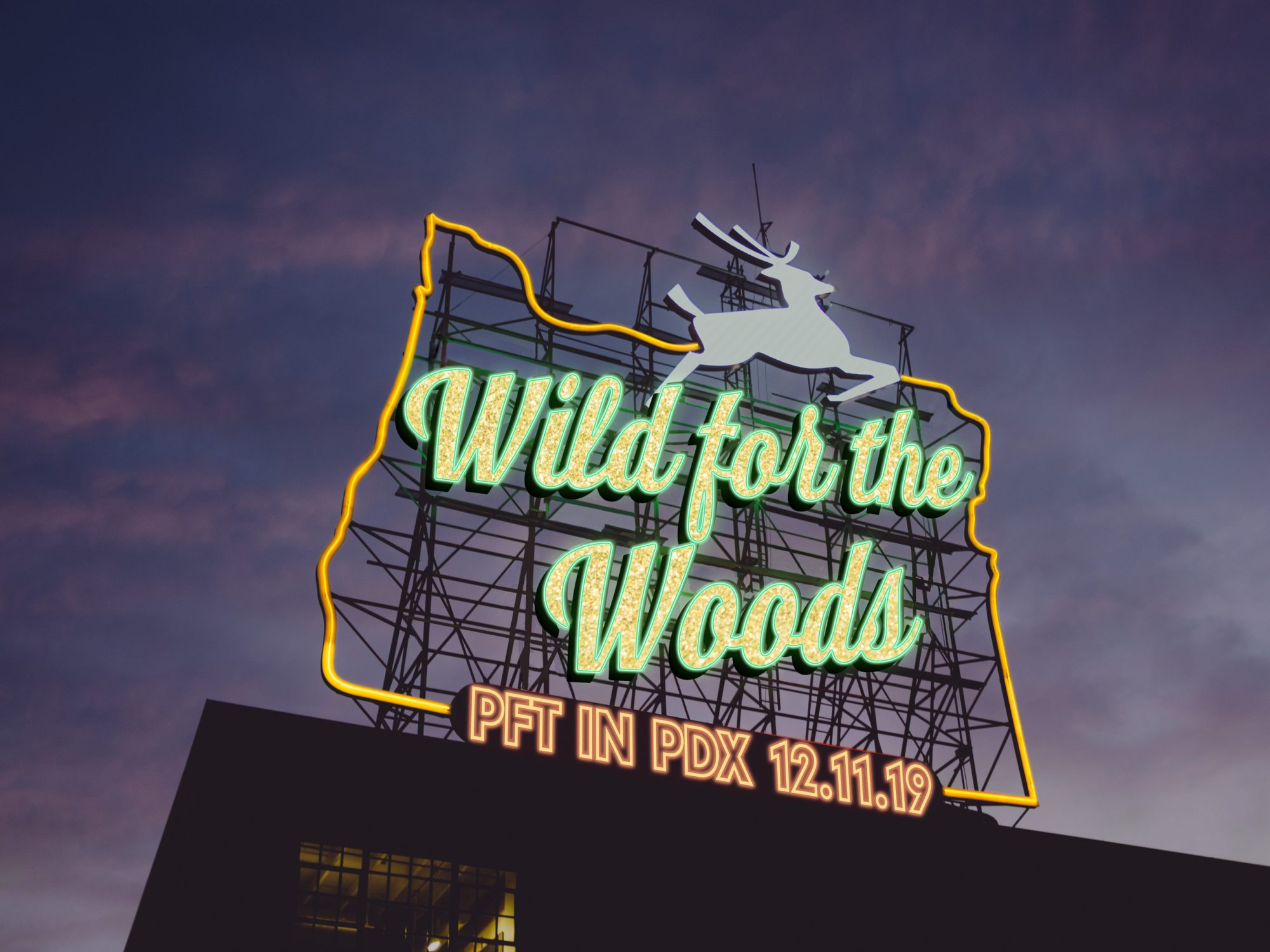 While I was Communications Manager at Pacific Forest Trust, the organization held a free, casual reception in Portland, Oregon on December 11, 2019. To build excitement and attendance, staff brainstormed and came up with the phrase “Wild for the Woods” as the event theme. (It’s similar to PFT’s annual “Forest Fete” but less fancy, which fits perfectly.)

In thinking about the visual identity to go along with that phrase, I considered the contrast between the focus on protecting rural forests and the event’s urban setting. In one of those “bolt of lightning” moments of inspiration, I thought of the former White Stag neon sign in Downtown Portland. It occurred to me that I could use a photo illustration of that sign with the name of our event to create a typography-focused expression of Portland and Oregon as distinctive places and maintain a playful connection to the outdoors. I found a great photo on Unsplash, spent a little while in Photoshop, and designed this event theme. I applied the theme to web pages, emails, social media posts, and table tents to recognize sponsors. The table tents were more economical, less wasteful, and easier to transport to downtown Portland than a traditional sponsor recognition sign would have been. The interesting thing I discovered in designing this theme was how many incarnations the giant neon sign (which of course now reads “Portland, Oregon”) has had since it was erected in 1940 (for more, see its entry in Wikipedia).