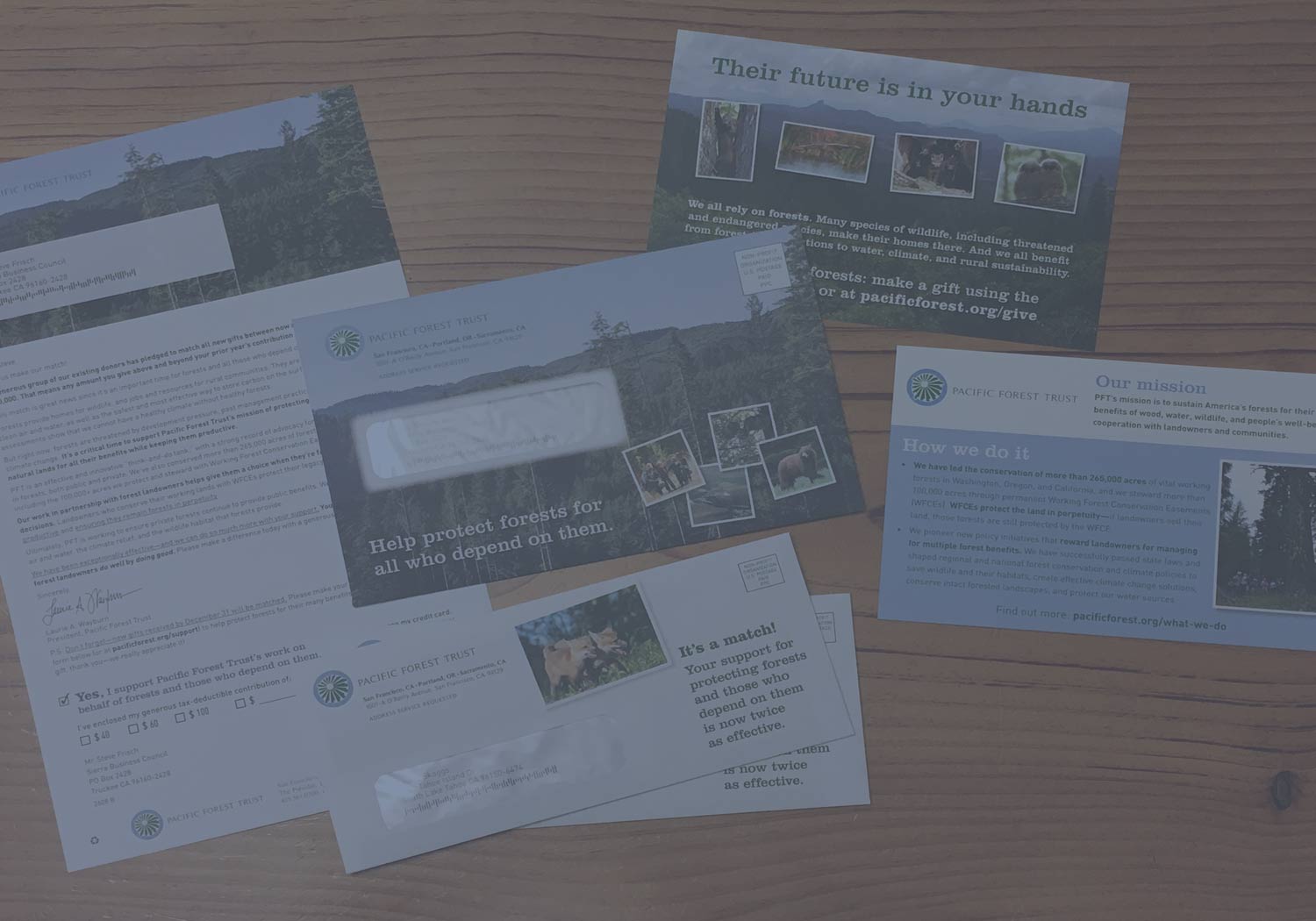 As Communications Manager at Pacific Forest Trust (PFT), I was responsible for managing the organization’s year-end fundraising campaign. This included coming up with a creative concept, writing content, sourcing vendors, and designing and producing each element of the campaign, with final edits and approval from the President/Co-CEO and input from other staff.

My second time through the process in 2018, I created a two-part print appeal (replacing the initial mailing with a high-touch segment for the organization’s most dedicated donors) and coordinated it with email and social media outreach. Here are the elements of the 2018 campaign (with placeholders for variable content in pink): In both 2017 and 2018, I planned, wrote, and designed all elements of this project, both on- and offline, with final edits and approval from the President/Co-CEO and input from other staff.

How did we do? Pretty well, given the context. The in-house mailing (limited to long-term loyal donors, but expanded from 2017) was highly effective as predicted, with a 45% return rate; the mailing to our lapsed donors and prospects (some very new) resulted in more new and online donations than in prior years; overall, the appeal raised significantly more than the prior year. In addition, because this was the first annual appeal campaign PFT had run using The Action Network, I created important infrastructure for subsequent fundraising campaigns.